The Bienal de La Habana, known for its countercurrent stance, continues to be a space of decolonization, not only for artists, critics, and curators from Asia, Africa, the Middle East, Latin America, and the Caribbean, but also for those interested in participating in a dialogue of coexistence. In this edition, we want to update the Biennial, to reorient its content and its structure according to new dynamics and contexts. Once again, we propose the challenging task of making sense of our realities through artistic projects that establish a platform of reflection about how civilization has developed as a plural and decentralized space through art.

With its conviction that the work of artists is exacerbated by the dizzying changes that result from the ups and downs of a new era, and coming from a present that requires us to curate in times of crisis, the Biennial is interested in social imaginaries that foreshadow the future while examining the paths that led us to where we are now. This is an invitation to all of those narratives, freely expressed in any of the multiplicity of visual languages available, that move from the subjective to the contextual in all orders.

We will pay particular attention to the representation of narratives from countries on the margins of power. Their ancestral wisdom could enrich our perspectives on countless areas of knowledge and human relations, giving us a better approach to contemporary problems, and helping us preserve life on our planet. Humankind is facing urgent challenges, and we are betting that the combined forces of art and ethics can rise to face those defies. We know that in order to achieve our goals, we will have to restore not only forests but the human soul as well, and this can be done only by redefining our concept of Humanism.

The 14th Bienal de La Habana is changing its usual structure and duration. It will last, for the first time, almost six months, divided in three Experiences. Addressing both artistic theory and practice, these three phases of the Biennial will highlight the emancipatory power of art and culture, as well as the role of art as a reflection or meditation on the present and the future of the planet.

The first Experience will begin with a theoretical panel, which will bring together speakers from various contexts and disciplines. Despite their differences of perspective or specialization, the speakers will all focus on a critical study of the present state of the world and the search for new ways to imagine a more promising and inclusive future.

“We know that in order to achieve our goals, we will have to restore not only forests but the human soul as well”.

Experience 2: Havana of the Biennial

The second Experience, Cuban art will be featured in a program of exhibitions and other presentations all over Havana. In addition, there will be a series of special projects and collaborative workshops, some of which will take place outside Havana, in cities around the country.

In the current circumstances, still framed by the COVID-19 pandemic and by the need to be increasingly aware of the negative impact of human beings on the planet, privileging the presence of national artists is part of the sustainability strategies that the Biennial has outlined as part of its main fabric. This sustainable axis will be transversal to the entire event and seeks to have a positive impact on the theoretical and conceptual level as well as on the production of the works and exhibitions.

Experience 3: A Return to What Lies Ahead

This seemingly contradictory notion about time, “a return to what lies ahead”, is the inspiration behind the third and final Experience of the Biennial. That will begin with the opening of the curatorial exhibition, which will consist of several projects. The interconnections of the three phases of the Biennial, which are all in dialogue with one other, function as an analogy for this coexistence of different ways of imagining time with an alternative search, which, thanks to the heft and value of each moment of history, can find an opening that would let us rescue the possibility of having a future.

The current state of the world demands that we raise serious questions. Until now, time has been seen as linear and regular; today, anachronism and alochronism make sense; and the past may become the basis for mapping a path forward, a path that would be more inclusive and more sustainable for life on this planet. 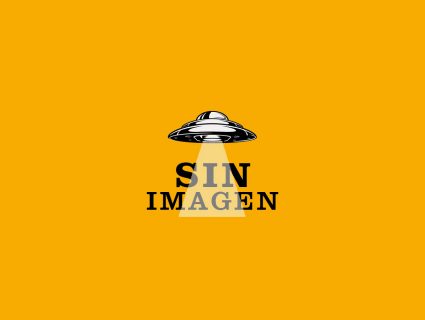